Grems, the alias of Michaël Eveno, was born in Paris on 25 October 1978. He fell in love with hip-hop in the 1990s becoming a major name in the French scene. He worked on a number of both solo and collaborative projects (Klub Sandwich, Hustla, Olympe Mountain, Rouge à Lèvres). Alongside his musical career, he obtained a diploma from the School of Fine Arts in Bordeaux in 2004. He was a graphic designer for a number of companies before developing his own style, working with several brands and advertisers . He now exhibits his work in major cities across the world (Beijing, Mexico City, Paris, London, Tokyo, etc.). He is passionate about abstract art, ancient art, and primitive art, combining his different aesthetic inspirations into street art. He has developed an atypical vision that is both colourful and misleadingly symmetrical, beautifying the contours of our cities.

When I make an artwork, I like to feel the atmosphere, the environment, or even the history of the place where I’m working. These encounters are also an integral part of the art. For this piece, I chose as my visual theme the lines of the football pitch. The idea is to construct an image while changing the axes or breaking the lines. Although this is not its primary goal, the marking of lines in sports involves a certain aesthetic. I put a visual twist on the signage to create an artwork that’s inspired by its location. 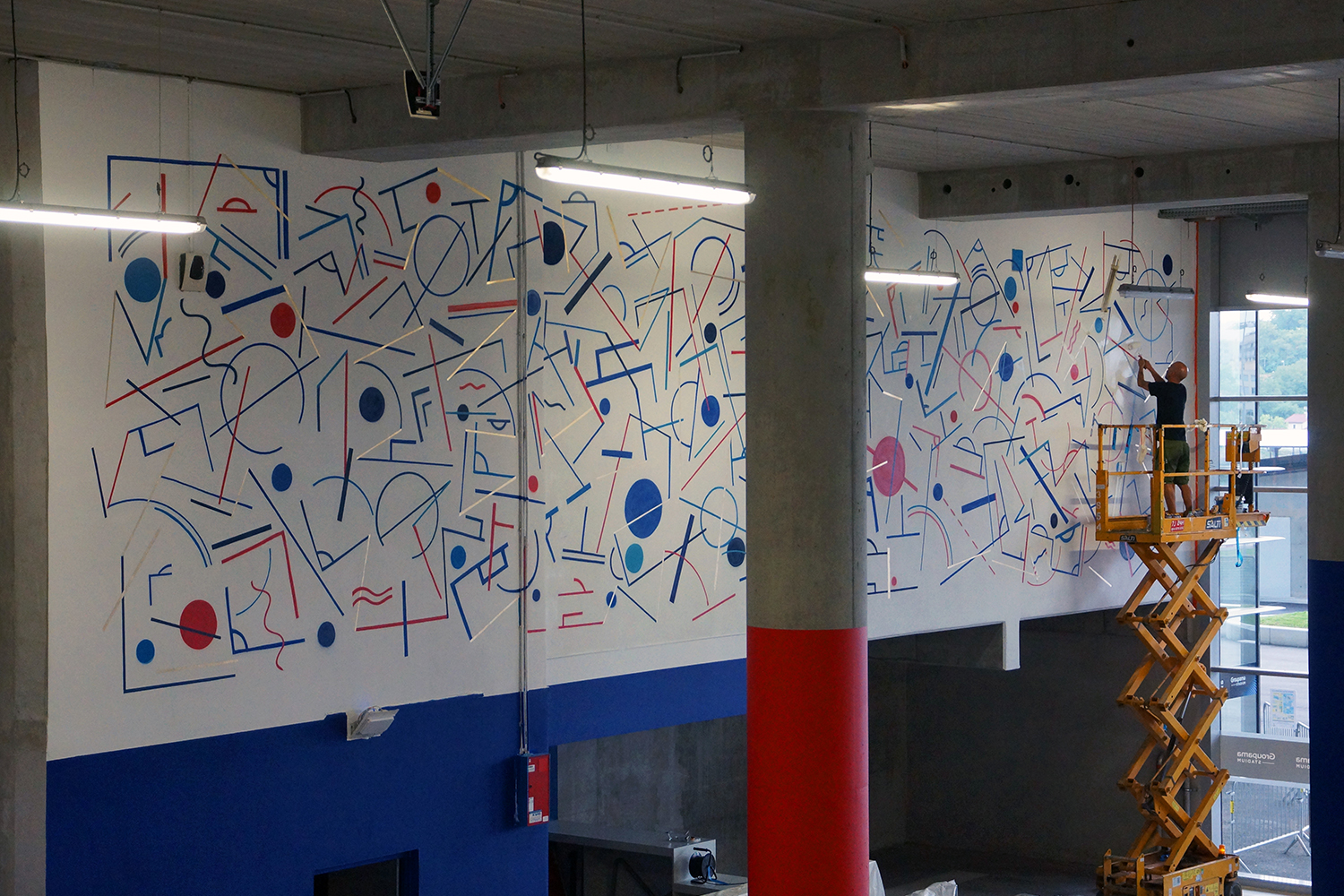 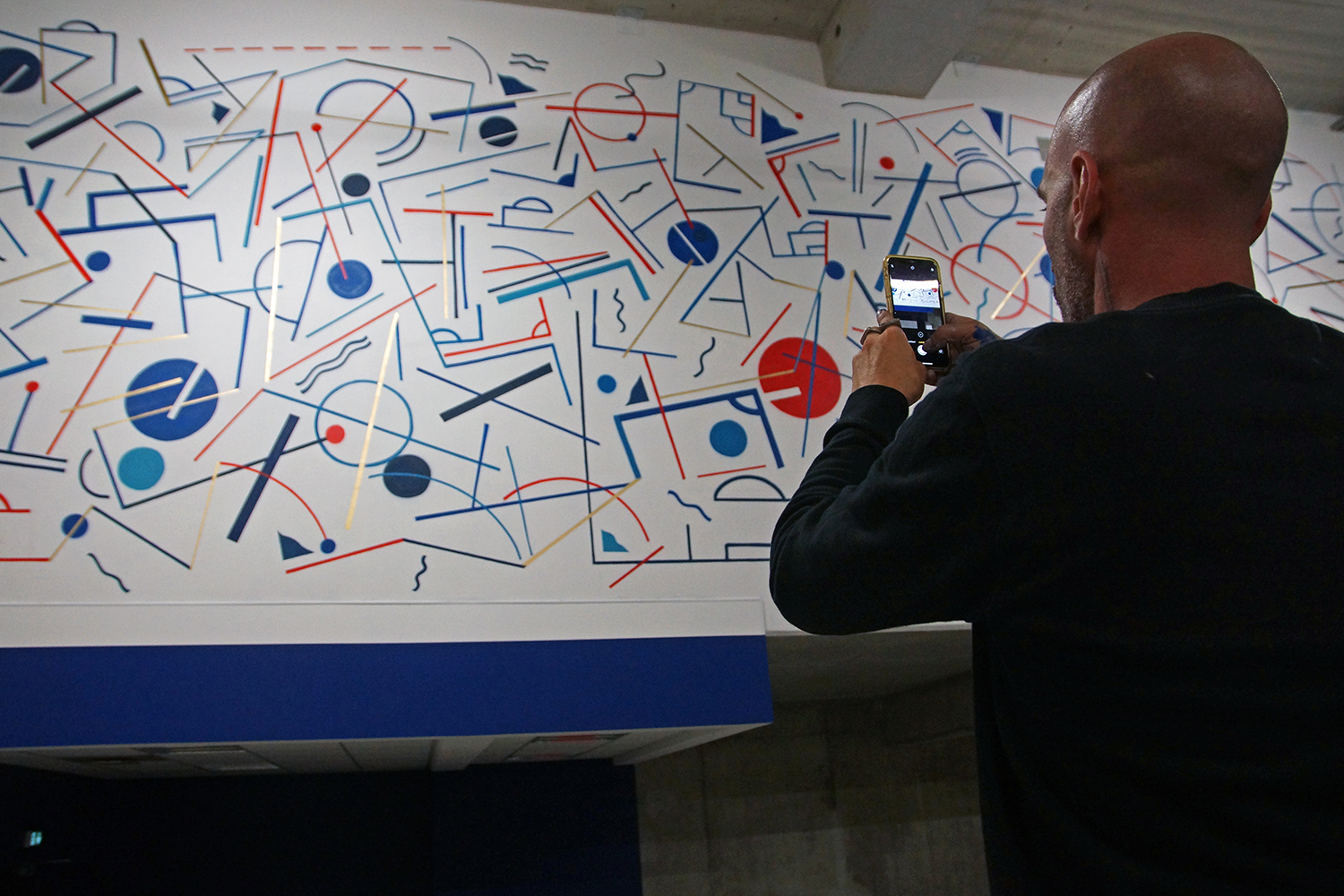 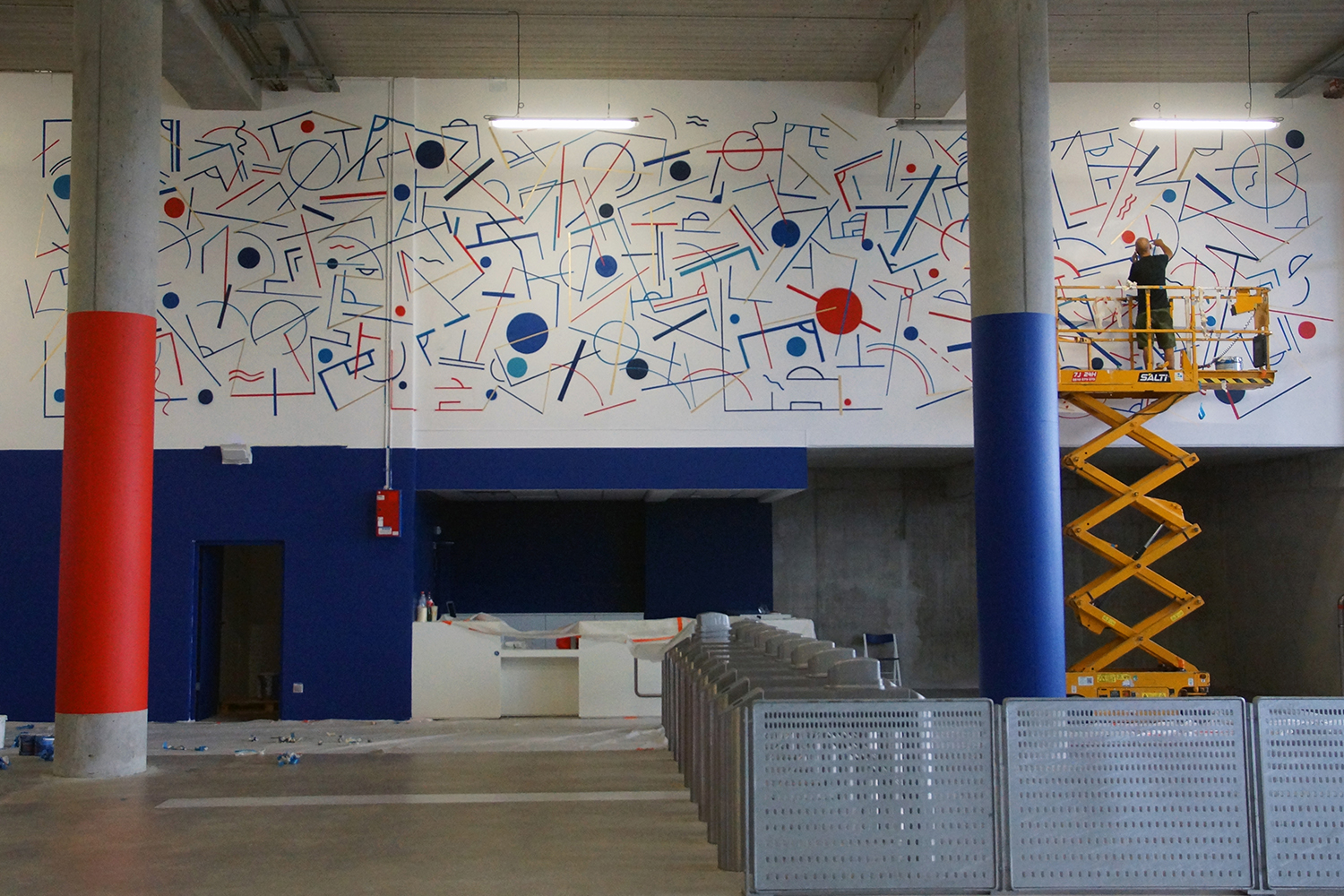