Shaka (Marchal Mithouard), a French artist from the urban art world, made his mark with a unique technique: he sculpts directly into the canvas so that his work moves out of a single dimension to come meet us. An exceptional portraitist, he fragments faces to capture the rawest expressions and reveal the absurdity of human behaviour. The sophistication of his technique means that he can only create several works per year. Given that he is highly sought after abroad, he is not often seen in France. “My current goal is to work with volume, movement, and depth. My subjects are often making faces, and engaged in very exacerbated and violent behaviours, because that gives my work movement, character, and strong expressions,” says Shaka.

The “rat race” symbolises an endless race that is self-destructive and useless, a sort of headlong rush forward.

It’s an aphorism of modern humanity’s race against time, in pursuit of a higher salary and better social status just to end up consuming in order to fill the extensional void that remains. It is a reminder that we should always know why we are doing things. I produced this work by disregarding the context while using the architecture to set the stage for the subject and my creative objectives. 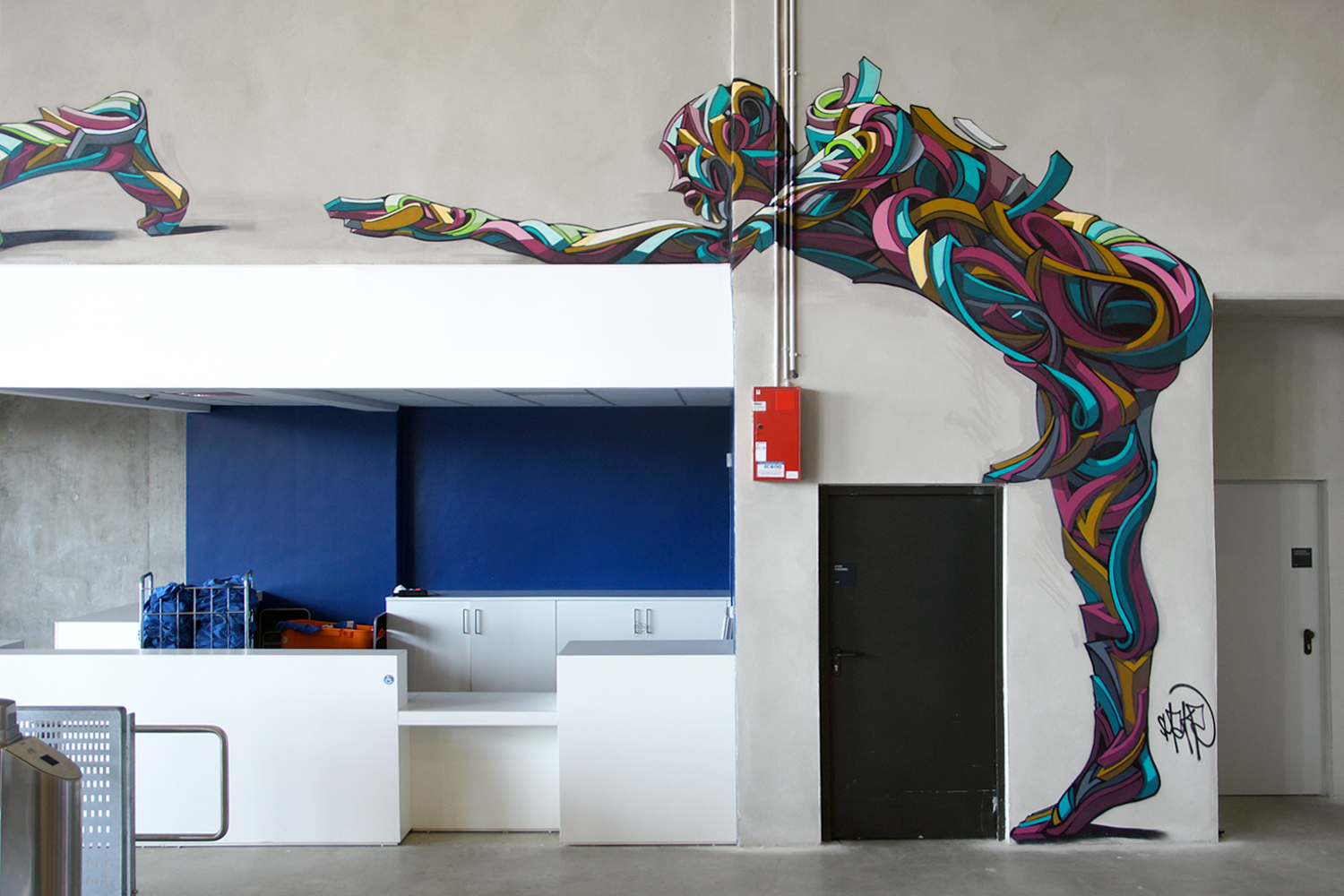