This is the story of a mischievous kid who discovered spray cans in high school, and fell in love with painting walls. Skinny Antoine Martinet became MioSHe, a sort of miniature Jérôme Bosch, enfant terrible of street art, creator of a fanciful universe inhabited by exaggerated and captivating satyrs.As part of the B2M collective, he left his pictorial mark all over Nantes. He then studied at the School of Fine Arts in Rennes for three years, where he honed his visceral passion for drawing, becoming a versatile illustrator. He’s done just about everything: wine bottle labels, album covers (two of his other passions), posters, and even enormous frescoes for the Antipode MJC and the Teenage Kicks festival. In all his work, MioSHe draws from his inimitable, imaginary bestiary.

Mioshe paints themes that dialogue with the environment in which the work takes shape.

Here, at Groupama Stadium, the idea was to evoke the major principles of sporting endeavours: “the race against time” – with the symbol of a giant hourglass that will tragically cover the players in its black sand. The race for the trophy, in which players make a final effort, jumping from rock to rock to try and capture the Holy Grail. He wants to show the athletes in action, to find a poetic way of symbolising what takes place in the stadium. 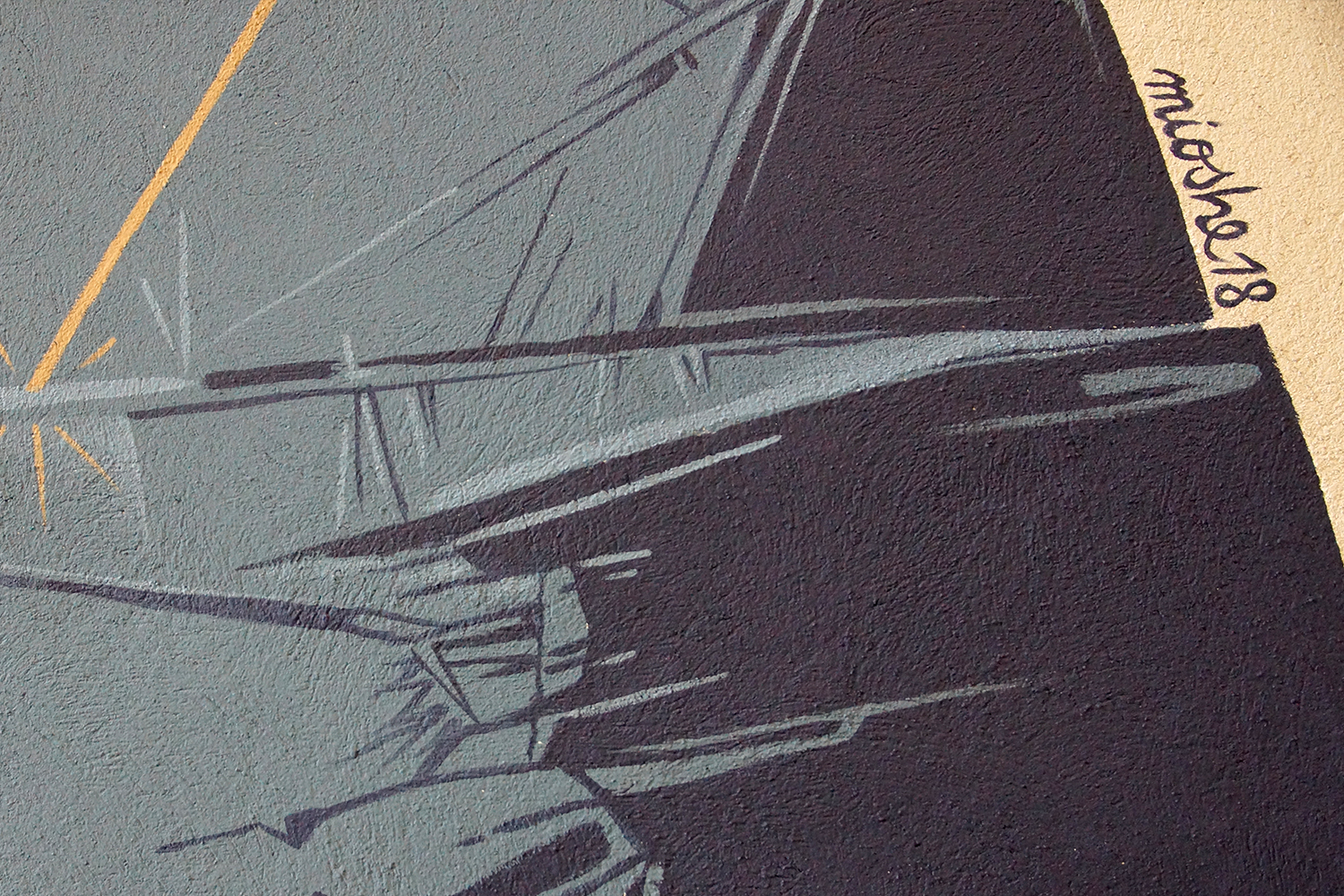 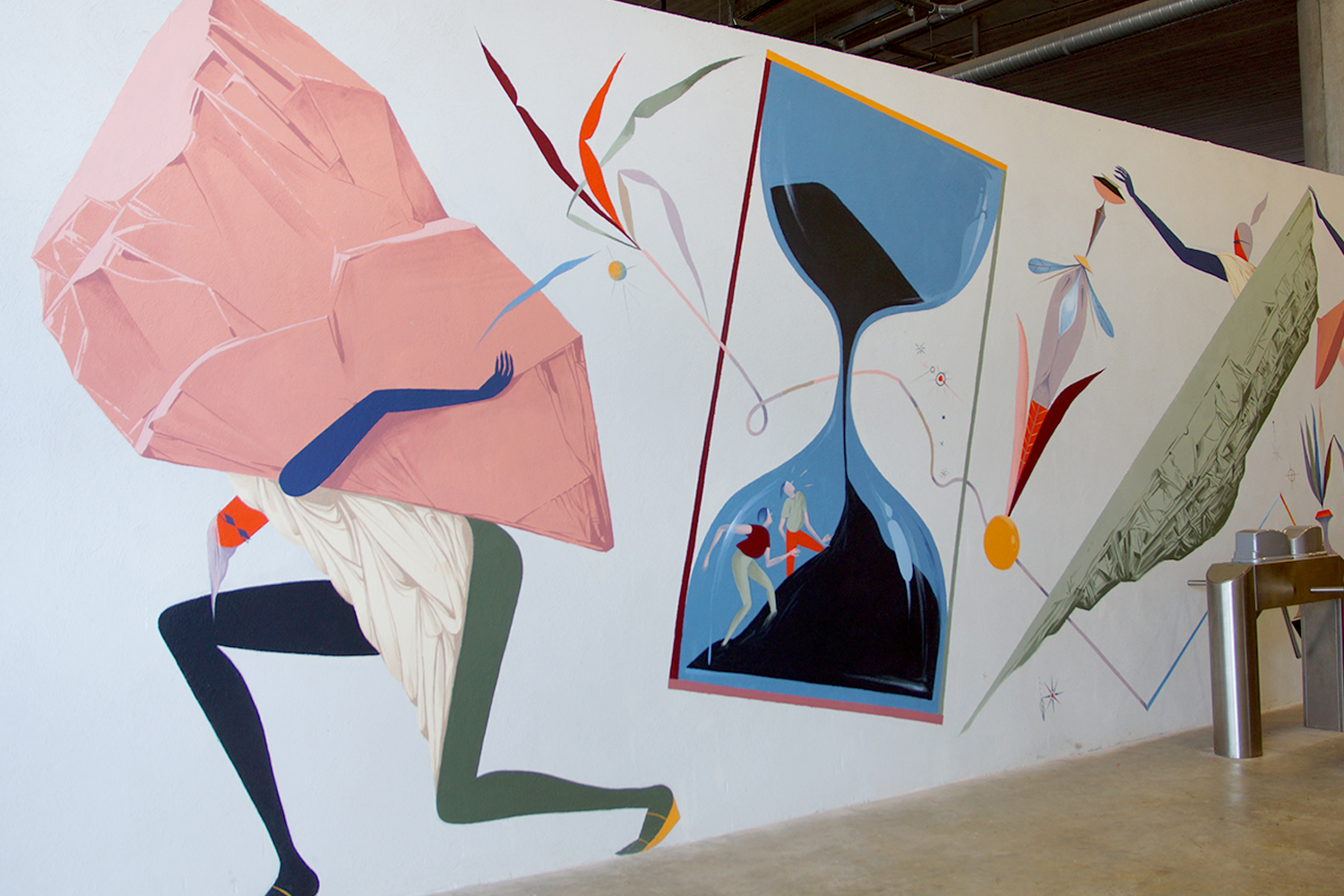